Our goal for Olympia oyster restoration in Puget Sound is to rebuild dense, breeding populations in historical areas of abundance, to restore structured oyster bed habitat and ecosystem services that dense accumulations of living oysters provide.

Olympia oysters are big players in our ecosystem, culture, and history here in Washington, notwithstanding their diminutive size. Collaborative rebuilding efforts are a reflection of that. Olympia oyster restoration in Puget Sound is a BIG, collective enterprise inspired and powered by Tribes, shellfish growers, federal, state, and local agencies, foundations, Marine Resources Committees, tideland owners, and countless others. Fledgling efforts began in 1999, guided by Washington Department of Fish & Wildlife’s 1998 Olympia oyster stock rebuilding plan. We learned quickly that LOTS of people wanted to engage in rebuilding our beloved native oyster, for all kinds of reasons. After all, who wouldn’t want to recover living shorelines full of historic resources of ecological and cultural importance?  So, we’ve basically been running to keep up with this project ever since.  In addition to managing larger-scale, on-the-ground work to restore oyster bed habitat, PSRF operates a conservation hatchery with NOAA, established in 2014. The hatchery enables us to produce and outplant Olympia oyster seed in priority areas in order to re-establish breeding populations. This is an important precursor to restoring oyster bed habitat in areas where Olympia oysters have been lost. All told, these actions help implement specific recommendations of both the Blue Ribbon Panel on Ocean Acidification and the Washington Shellfish Initiative. A core team advises this work, including: Washington Department of Fish & Wildlife, NOAA, Baywater, Inc., University of Washington, Swinomish Tribe, and Northwest Straits Commission. Our larger galaxy of Olympia oyster partners is listed below. A special thanks is owed to all of the writers, reporters, videographers and storytellers who have chronicled the many stages of this wonderful journey.

In 2010, PSRF set the ambitious goal of restoring 100 acres of Olympia oyster habitat by 2020 through collaborative efforts at priority locations in Puget Sound. By the end of 2019, we had collectively restored 84 acres through a combination of stock rebuilding and shell enhancements. In October 2020, we reached our goal, through a large 15-acre shell enhancement project in Liberty Bay and two seeding projects. We gratefully salute the many tideland owners, partners and funders who have made this possible. Explore our path to 100 acres by clicking on button below. Now it's time to get going on the next ambitious goal - 50 additional acres by 2025. There's much to do as we build on and learn from our past restoration efforts and charge forward with new projects to rebuild Olympia oyster populations!

The Path to 100 Acres
SUCCESS STORY

Dogfish Bay is a small, 50-acre bay within Liberty Bay where PSRF and partners conducted pilot seeding projects 2000 – 2006, followed by annual shell enhancements 2007 - 2011. When we began stock rebuilding in 2000, native oysters counted in the hundreds. In 2017, breeding oysters at this historic site numbered over 6 million. Olympia oysters are now the dominant species and structure in the lower intertidal, likely spanning over 10 acres, with millions of oysters providing significant estuary filtration in this semi-enclosed embayment. Read more by clicking the link below, and explore other projects in The Path to 100 Acres (link to left)!

Explore the components of our program:

Olympia oysters are sparsely distributed across most of their historic range. Our objective is to increase the number of oysters until populations become self-sustaining. One of the primary ways we do this is by producing restoration-grade Olympia oyster seed for outplanting into the wild. We first collect broodstock Olympia oysters from geographic basins in which we have restoration projects planned. This broodstock is then brought to our conservation hatchery, the Kenneth K. Chew Center for Shellfish Research and Restoration at NOAA’s Manchester Research Station, which serves as a hub for producing millions of baby oysters for outplanting. Next, we induce spawning in the broodstock, and then capture and rear the resulting larvae, either as single oysters, or as spat-on-shell. For the latter, we pump the larval oysters into large setting tanks filled with bags of Pacific oyster shell, which the larvae settle onto. The oysters are fed throughout the process with a well-balanced diet of microalgae that we produce in our Greenhouse. Last stop? Back out onto the tideflats to jump-start our native oyster populations! To learn a bit more, enjoy an oldie, but goodie – this short video of our 2011-2012 restoration work in Port Gamble Bay.

PSRF partners with tribes, industry, government, scientists, and community groups to create habitat for Olympia oysters in Puget Sound. We do so by spreading Pacific oyster shell in the lower intertidal area to provide structure for natural settlement of larval Olympia oysters and to re-establish oyster bed habitat. The Pacific oyster shell is sourced from oyster farmers in Washington, and then sluiced off barges at priority restoration areas in Puget Sound. Catch a glimpse of shell sluicing during our 15-acre enhancement project in Sinclair Inlet in 2019 in the video below.

You can directly support our Olympia oyster enhancement work by purchasing a cubic yard of oyster shell for $50. Click here and note “for oyster shell” in the special instructions. Thank you!

PSRF began the Olympia oyster Recruitment Monitoring program in 2014. It has expanded every year since thanks to many partners. “Recruits” are juvenile oysters that settle onto substrate and grow into adult members of the population. To track recruitment in locations of interest around Puget Sound, we deploy recruitment stations (stacked Pacific oyster shells on wooden dowels) in early summer, when Olympia oysters typically begin to spawn, and collect the stations in early fall. We can then count how many juvenile Olympia oysters have settled on each shell face at each recruitment station. This provides a snapshot of oyster population dynamics at sites all around the Sound, which in turn helps us make decisions about where to focus our restoration efforts. It is fascinating to see which embayments are the big performers from year to year! Recruitment monitoring at far-flung places would not be possible without the help of our many partners.

Click here to explore a map of our annual recruitment station deployments. If you or your organization is interested in adopting a recruitment monitoring site, please reach out to us!

PSRF is developing a systematic assessment pathway as well as a habitat suitability index (HSI) to guide restoration work in WDFW priority areas. Draft results for the Liberty Bay HSI are shown at right. These assessment tools measure both oyster population outcomes and ecosystem benefits. The completed pathway and HSI will be publicly available so that our process can be adapted by any organization sharing the following objectives:

As a habitat-forming species, Olympia oysters can have a large impact on the ecological functioning of the larger community and ecosystem. Benefits provided by the structure of healthy Olympia oyster populations include:

PSRF is developing methods to assess these benefits. Please contact us if you are interested in expanding this work!

One of the great joys of Olympia oyster restoration is time spent hobnobbing and celebrating “Olys” with others who share our love for this small but mighty critter.  From scientists on the mudflats, to slurpers and storytellers who enliven and chronicle our many oyster adventures, the people part of the equation is core to rebuilding a healthy marine ecosystem full of “Olys” and other living resources!

There is so much underway, and much more to do. Here are some of our focal areas in coming years:

Post Script: If we’ve forgotten any of our wonderful partners, please contact us right away so we can set the record straight. 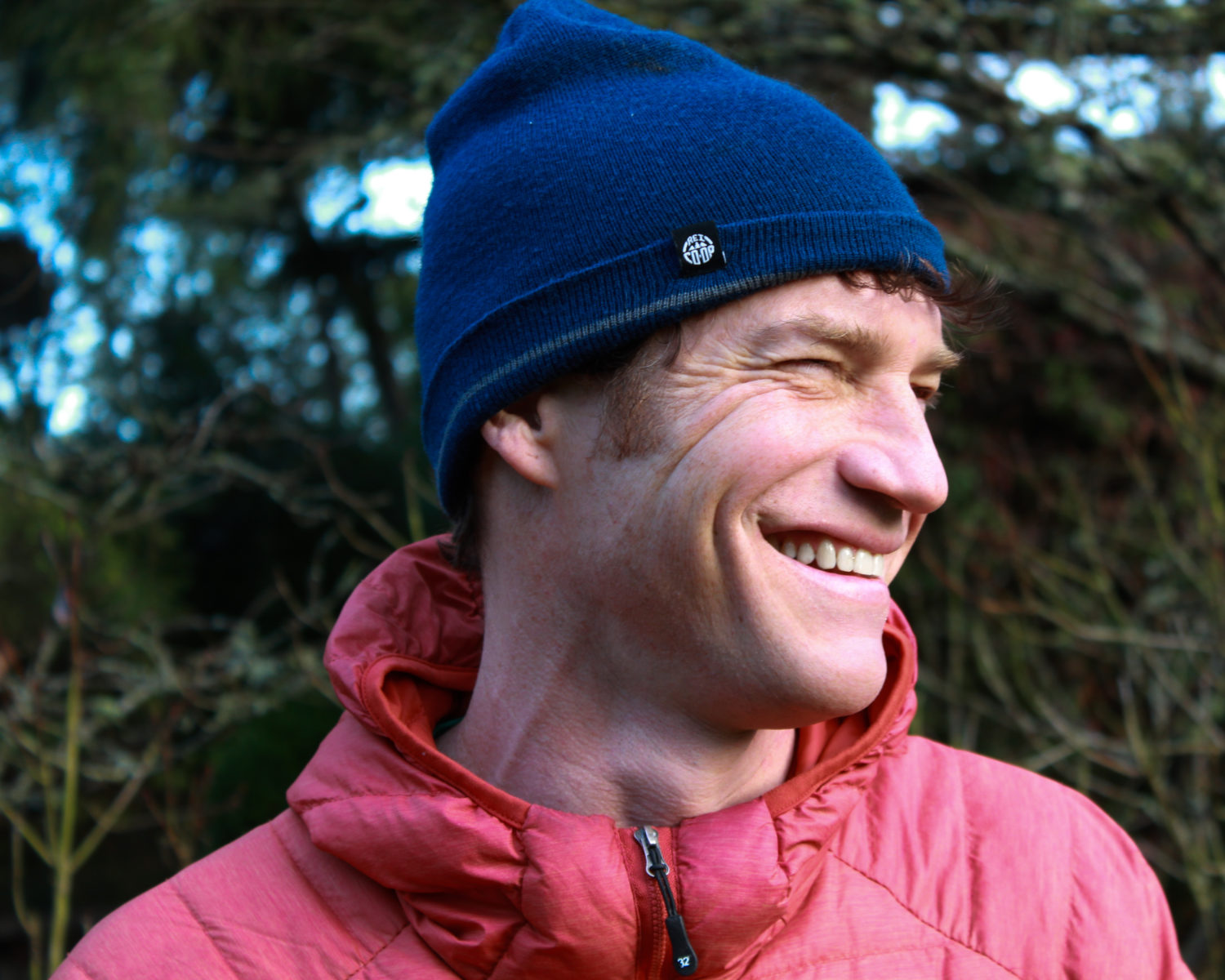